Showing posts from 2012
Show all 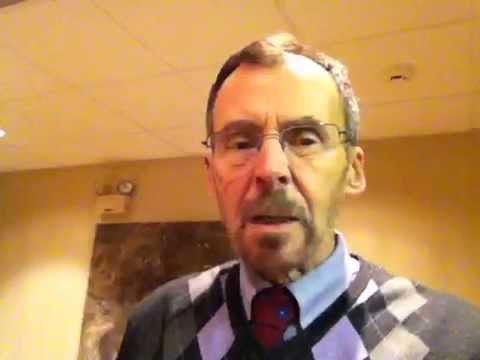 A short video folks that I made earlier at the hotel where I suffered tonight working with a squeaky voice.  This is only the second time in my life that I got laryngitis, the last time was about twenty years ago when I worked at First Fidelity Bank in Philadelphia.  First of all, trying to speak with laryngitis, is painful.  I'm trying to reach my voice under all that phlegm and it just isn't working.  There's nothing like answering the phone with a SQUEAK! when the owner call which is exactly what happened tonight.   I didn't realize how much I talk.  Oh I DO love to talk.  The guests were giving me that "poor thing" look tonight when I tried to get off my usual coterie of bon mots and witticisms.  Just wasn't working tonight.   So here I am at home now, waiting for the ball to drop and half expecting to see Ryan Seacrest roll out Dick Clark's embalmed body to count down the crystal ball on New York's Times Square.   Happy New Year ever
22 comments
Read more 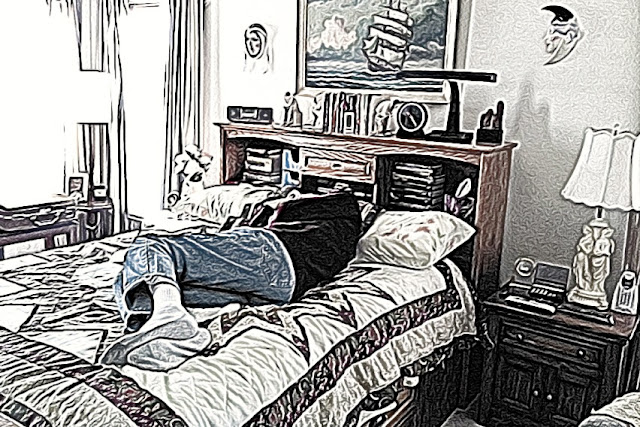 Where I will be in a few minutes - my bed resting before I go to work tonight Still struggling here with this Zombie Cold folks.  I got through my shift at the hotel last night, without too much wheezing and sneezing. Under normal circumstances I would call in sick but these are not normal circumstances.  Just my luck this Zombie Cold  is hitting me at the end of the year. I was hesitant to do another post about my cold but I just can't think of anything else.  I'm pretty sure this is the flu because I ache all over.  When I woke up this morning in my bed I could hardly move, every joint in my body ached.  Well, every one but one.   Bill drove me down to the Rehoboth Walmart earlier this morning.  I loaded up on Cold Eaze, chicken soup, and Zicam.  I don't know if these cold remedies are really helping me or just prolonging my misery. Hey folks, sorry to be such a wet rag with this constant complaining.  I can't wait until I'm up to snuff again.  I work to
14 comments
Read more

Our History In Two Minutes 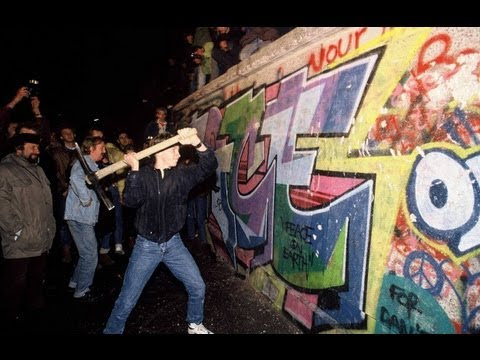 A friend sent this two minute video to me this morning.  He told me it was composed by two high school students.   This is simply amazing.  Watch this video, it is the history of the world in two minutes. It is a "must see."
10 comments
Read more 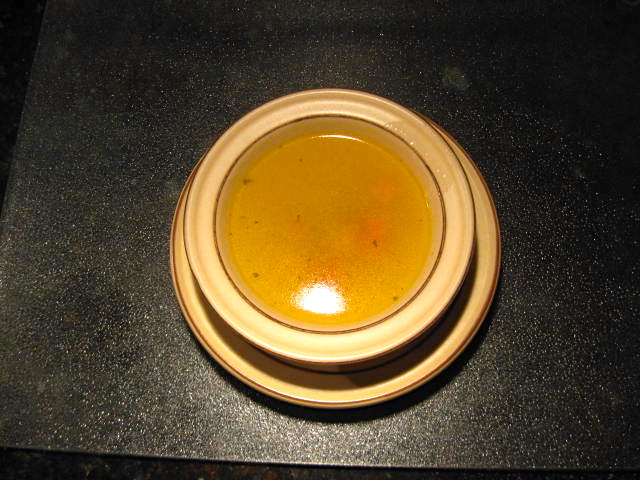 Yep, still a sick puppy here, albeit a very old sick puppy. Chicken soup (Campbell's) - Cold Remedy I'm still trying to shake this cold/flu. I think it is the flu because my whole body aches and I just feel lousy.  I have a dry cough and am lightheaded (more than usual).   I managed to get through my shift at the hotel last night with minimal sneezing and wheezing.  Of course I didn't look too good but it's hard to tell the difference when one is looking good or not at 71 years of age.  Yes, yes; there I go with the "old man" stuff again but hey, it is what it is.  I'm no spring chicken and when these colds (or flues) come a visiting me, it's harder and harder (now stop that!) to shake them off.  When I was younger, I just ignored colds and such.  Not now folks, my annual visit from the cold and flu demons slow Old Ron down a bit and this time is no exception. Chicken Soup With Crackers - Dinner tonight - Yum! Yesterday I loaded up on
17 comments
Read more

- December 27, 2012
Me at Brandywine Hospital April 14, 2002 after a kidney stone attack (with my Mom) Hey folks!  I'm feeling a bit under the weather.  I feel my annual cold coming on.  I think I caught it yesterday from my FaceTime friend Larry.  He was sneezing and wheezing and coughing the whole time I was talking to him yesterday on FaceTime.  I just KNEW I would catch his cold! My Friend Lar spreading his germs to me yesterday during out FaceTime session Now if you'll excuse me, I'm going to have some chicken soup for lunch and take my afternoon nap.   I'll be back when I'm feeling up to my usual ornery self.  Hang in there.
26 comments
Read more 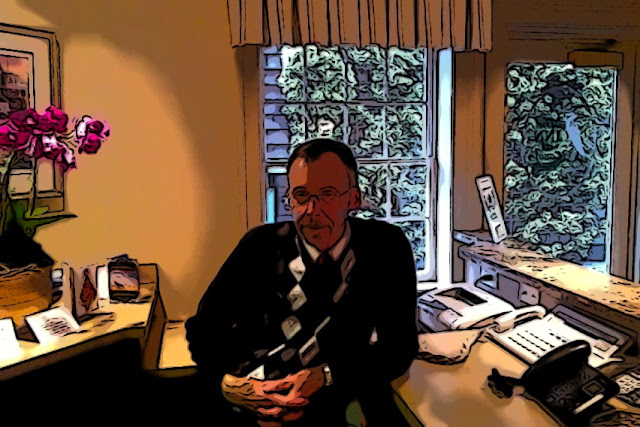 Christmas Eve at the Inn  Merry Christmas everyone! Just got up and ready to eat breakfast.  Got in late last night from work.  My co-worker Robert stopped in around 10 pm for visit.  He was in town (Lewes) to attend the 11 pm Christmas Eve Mass at St. Peter's Episcopal Church which is only a block from the hotel.   It was a slow night at the hotel (as it usually is on Christmas Eve), so I took the opportunity to take several pictures of Robert in his new glasses for his Christmas card next year.  What do you think? I LOVE to take pictures and I had a willing subject. Robert (my co-worker) at the Inn last night After breakfast this morning, Bill and I are going to take a ride to Milton to look for a lost cat.  A few days ago I received an e-mail (along with many others in this area) about a lost tuxedo cat.  Yesterday when Bill and I were at the Food Lion in Milton I thought I saw that cat.  I circled around the street but lost site of him. I called Carrie,
23 comments
Read more 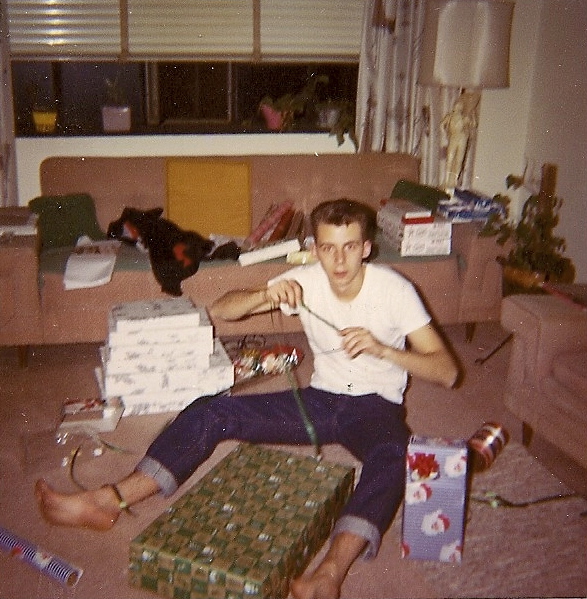 Me wrapping Christmas presents at our Pennsauken, NJ apartment - 1964 Well folks, here we are finally at Christmas Eve.  Came around pretty fast again this year didn't it?   On Christmas Eve I often think of my Christmases past.  Like most kids growing up in the Fifties, I believed in Santa Claus and really thought I was going to get what I wanted if I was a good boy all the year.  Most of the year I was a Good Little Boy, at least the months leading up to Christmas.  I was hoping that Santa had a short memory. Santa Claus Of course I was always disappointed on Christmas morning when I open my presents to find a pair of gloves, underwear and maybe a toy or two. One Christmas I was especially disappointed.  I wanted an electric train in the WORST way.  Since I was the oldest of my parents three boys, I thought I would be the American Flyer electric train set.   The year was 1952. I was eleven years old.  I could hardly sleep on Christmas Eve.  At dawn's ear
13 comments
Read more 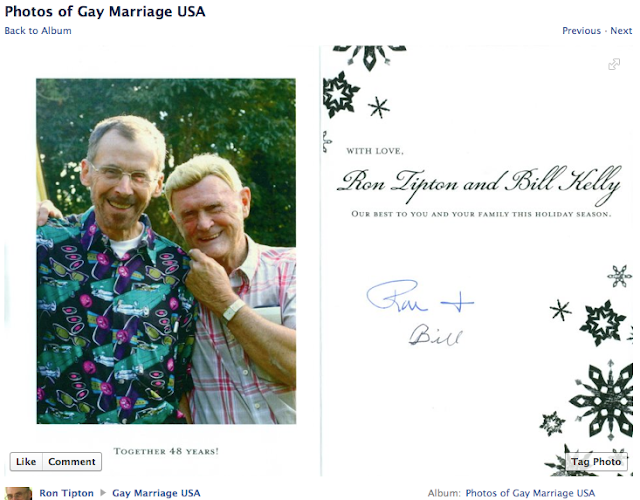 This is our Christmas card for all my friends who read this blog and even for those who don't but just happen to stop by accident or out of curiosity. Bill and I aren't planning anything special for Christmas.  Being together is like Christmas everyday for us.  Oh I know that sounds corny but it is true.  Every day is a "holiday" around here in Bill and Ron Land or as we like to call our home "Casa Tipton-Kelly".  Of course some days are better than others but overall the past forty-seven Christmases we have spent together have gone by so fast.   Tomorrow, Christmas Eve, I'm working he 3 to 11 PM shift at the hotel.  I also work the same shift on Christmas Day.   I know some may feel sorry for me that I have to work Christmas Eve and Christmas Day but I enjoy working those days.  The reason is that most of the guests in the hotel are so nice. Maybe it's the Christmas Spirit or the fact that grandmom and grandpop are in town visiting the gr
16 comments
Read more 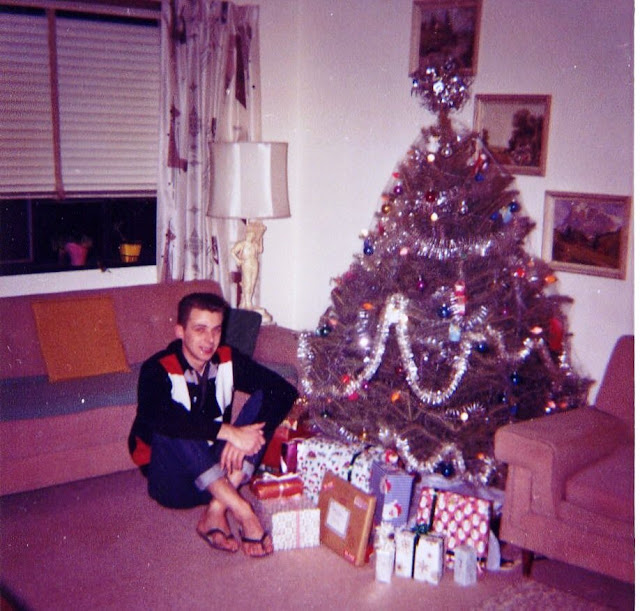 Ny first Christmas with Bill - 1964 Pennsauken, New Jersey Or something like that.  Only a few more days to go before Santa dumps his load (or something like that). It's one of those days folks.  Original photo - oh whatever happened to that sweater - they don't make them like that anymore It doesn't feel much like Christmas this year.  No, I'm not a "Bah Humbug" kind of guy, it's just that each year Christmas seems to come to early and then, before you know it, Christmas is gone and the Mummers are marching down Broad Street Philadelphia in the cold winds of the new year.   Female impersonator Philadelphia Mummers Parade - 1965 Back when female impersonation was dangerous Me, yes in "bank drag" (overcoat and horn rimmed glasses) at the Philadelphia Mummers Parade 1965 Then comes the Big Gray Chill, the bitter cold monochrome months of January, February and March.  The "just get through it" months of mid winter.
20 comments
Read more 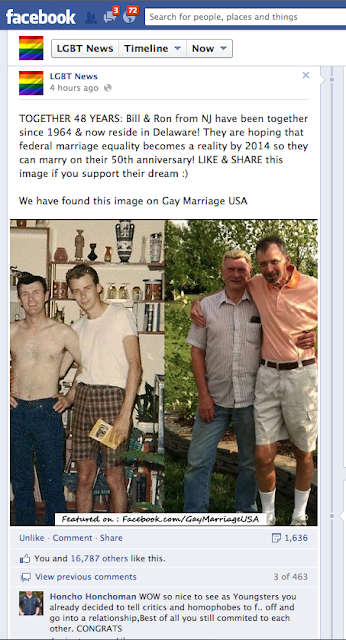 Hey folks, I just found out from my cousin Tim Tipton, that now Bill and I are featured on the GBLT News Facebook page.  We're going to have to get married now. Seriously though, I hope to God that we live long enough to realize our dream of showing to the world that two gay people can be as committed to a loving relationship as any heterosexual couple.  And anyone who knows me knows that I like to break stereotypes. Many thanks to my cousin Tim Tipton who suggested that I post the information that Bill and I have been together since July of 1964, that rainy summer night we met.  That was the night I was in the Westbury Bar on South 15th Street in Philadelphia that I decided to go over to the other side of the bar and thank that handsome man who always sent drinks over to me whenever he saw me in the bar with my friends Ron (another "Ron") and Ed.   Center City Philadelphia, PA I never paid him much attention and in fact my friends and I used to joke that
14 comments
Read more 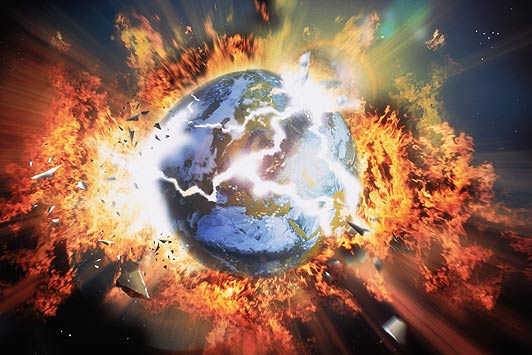 Dodged another bullet again, we're still here even after the Mayans predicted that the world would end about 7 am this morning.   Gee, who would've thunk that yet another prediction of the END OF THE WORLD would be WRONG!!!!!! WRONG!  WRONG! WRONG! Who are these ass-wipes who keep predicting the end of the world?  Maybe it was the end of the world last night for House Speaker John Boehner when his stupid ass bill protect millionaire's from paying taxes went down to DEFEAT.  Hey folks, I'm enjoying watching these Republicans self immolate but I'm glad we're all still here. Rainbow from our backyard this morning Now here is something interesting.  Right at about 7:30 this morning while I was talking to Bill in our sunroom he spotted a rainbow off in the horizon from our backyard.  What was this?  A sign from the Mayans they were wrong.  A sign from God that we have been blessed by the gay fairy godmother?   What?  Bill said this was
12 comments
Read more
More posts